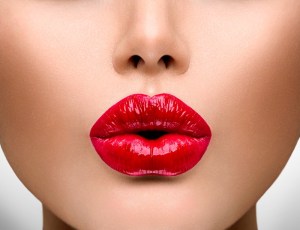 The Beauty Expert “Donna Fay” ask her patients all the time do you look in the mirror and dream of fuller, more luscious lips?  First off, do not grab your smallest cup and plant your pucker like this uber popular Kylie Jenner Lip challenge, it is ridiculous, causes you to break delicate capillaries around your mouth, creates bruising and can turn into a disaster if your glass cup shatters under the pressure.  Don’t be scared to look like a NYC housewife gone wrong, if you go to the right doctor they can look like you were born with them!? Just like Kylie’s do (who clearly has had lip augmentation.)

Donna Fay begs the ladies, please avoid the Trout Pout! I hate to burst your bubble but when it comes to lips, bigger is not always better. You can add a little pucker to your pout without looking bizarre. Whether you were born with thin lips, have lips that don’t quite match, or they have thinned out with age, dermal fillers like Restylane Silk can help restore fullness or add the dramatic effect your looking for.

Restylane Silk is a new addition to the Restylane family of products, is the newest filler on the market. Restylane Silk is made from hyaluronic acid, a substance naturally found in the body that provides structure and moisture to the skin, adding youthful plumpness. Traditional Restylane has been successfully used for lip augmentation by Dr Pearlman for years, Restylane Silk however, is specifically formulated be a meticulously precise tool for shaping and defining lips and smoothing fine lines.

The Cupid’s Bow treatment properly restores lip shape and volume using only small amount of Restylane Silk. First the boarder of the lip (where your lip liner goes) is addressed with delicate placement of filler to define the rim and restore the Cupid’s Bow. Next, filler is placed to create fullness and a soft, subtle pout (where your lipstick goes). This can be done tastefully for small lips and still look beautiful. Donna Fay mentions that Dr. Pearlman’s Cupid’s Bow lip technique has been featured in Vogue Magazine, and continues to be a popular treatment for subtle yet sensuous lips. Best of all: no one can tell you’ve had anything “done.”

Donna Fay says the results are immediate, but they will dissipate over time, typically they last 4-6 months. Additional treatments are necessary to maintain fuller, luscious lips and keep fine lines at bay.

At Pearlman Aesthetic Surgery, we believe that each patient is unique, requiring his or her own treatment that is different from anyone else’s. When you come in for a consultation to discuss something that you would like to change about your appearance, our first step is determining a proper treatment plan to meet the individual needs of your face. This is done with a comprehensive consultation, complete with listening to your concerns and truly understanding what your aesthetic goals are.

Don’t settle for thin, asymmetric lips or wrinkles around your mouth, plump up your pout with Restylane Silk! 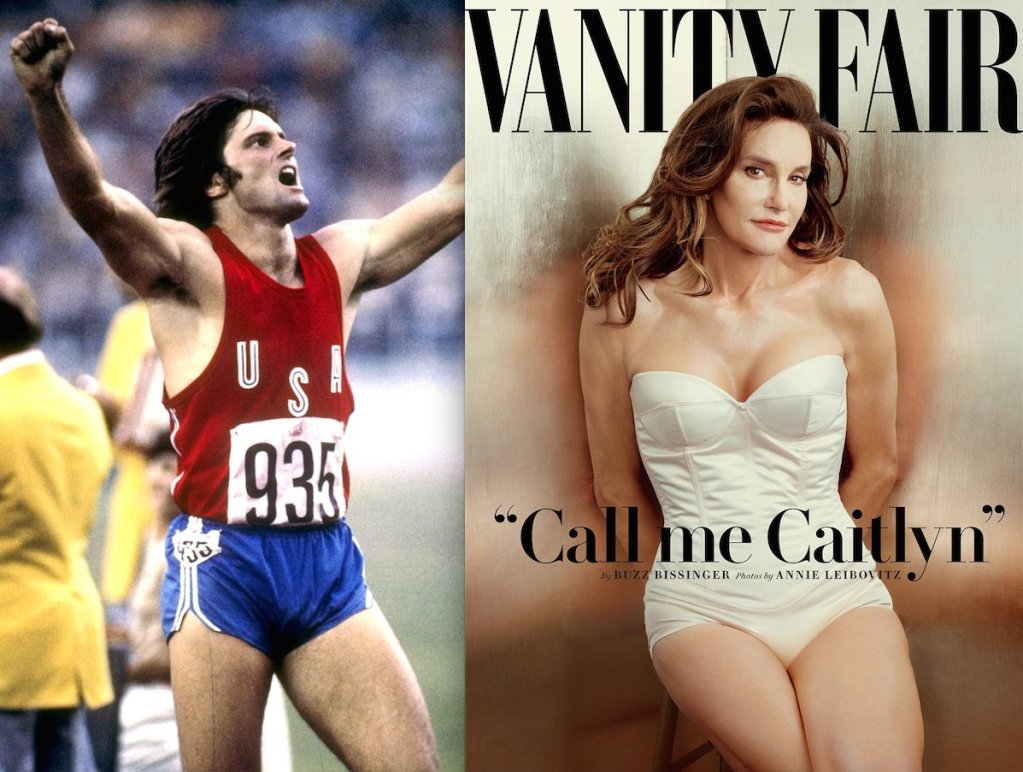 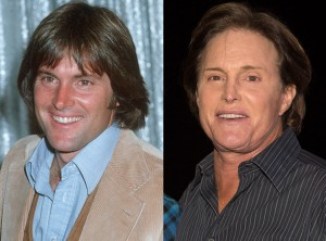 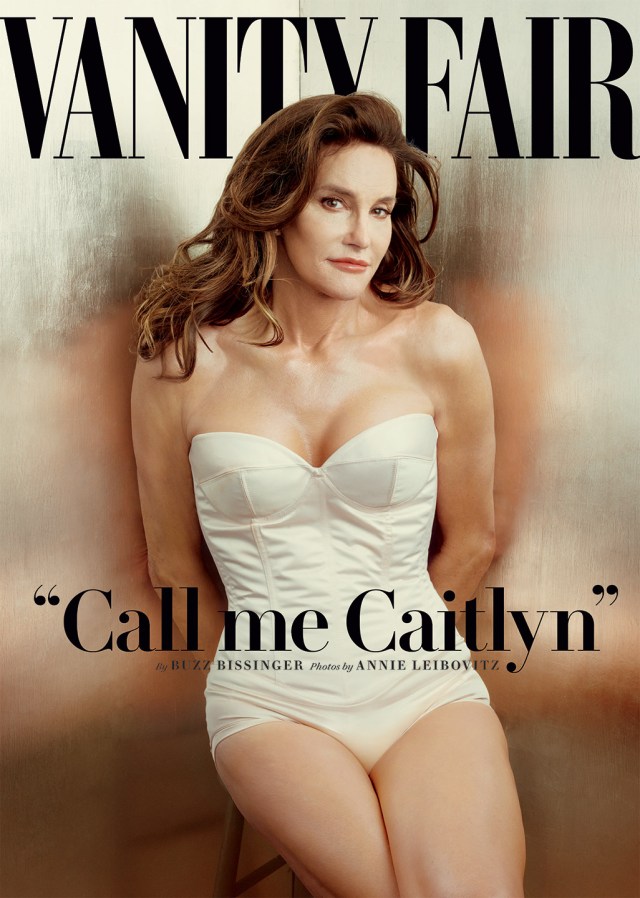 -And we thought Kylie Jenner’s transformation was something to hashtag about…The last name Jenner is now being redefined as a catch phrase for celebrity before and after pics accrediting this epic and historic pop culture reveal.

Over the course of the last year, we have watched Bruce Jenner under a microscope- dissecting his every move, changes and updates to his appearance. When tabloids began running weekly cover stories stating that Bruce wanted to become a woman, it left us all scratching our heads with confusion.

Were these headlines subject to stir up public gossip and controversy? Or was this the story of a transgender’s journey to freedom? No one was sure.

Although certain signs were always there, this iconic Olympic gold medalist, who rose to fame with his athletic talent and good looks, embodied all that a man should be. As a husband and a father to 10 children at the age of 65, it seemed very far -fetched that Bruce Jenner, an all American hero, was planning on transitioning into a woman.

Fast forward to the infamous Diane Sawyer interview back in May of 2015 where Bruce Jenner openly came out to the world that he has struggled his entire life feeling that he was born the wrong sex and that he would be embarking the next phase of his life as a female. During this interview, Bruce’s appearance was noticeably softer as he spoke openly about the hormonal supplements he had been taking over the years and his future plans to further surgically enhance his appearance to become “Her”. After the Diane Sawyer interview we have all patiently waited for Bruce’s next move and the debut of the unnamed “Her”- officially leaving behind his identity as a man.

The anticipation building up to the unveiling of “Her” had left us all hanging by the edge of our seats.

What would her name be?

On June 1, 2015, the culmination was met. Gracing the cover of Vanity Fair, with almost all of his transgender surgeries complete( with the exception of gender reassignment surgery), Bruce Jenner introduced the world to Caitlyn in all her glory!

Transitioning is not something that happens overnight. It is a fairly long process that requires many extensive surgeries in order to turn male features into softer feminine features. Bruce began his story with taking estrogen pills, which help to counteract a man’s thicker skin, larger pores, rougher complexion, as well as decrease body hair on legs and arms. These pills do not stop facial hair from growing, therefore electrolysis or laser hair removal is usually required to permanently remove facial hair.

Over the years Bruce had subtle, but noticeable facial procedures done such as; a tracheal shave and rhinoplasty. The tracheal shave procedure lessens the appearance of an adam’s apple  by removing excess cartilage from that area which is more prominently seen on men due to their larger voice box. Bruce’s rhinoplasty treatment had made his nose visibly smaller in shape and size. Often this procedure is done for transponders because a smaller nose gives the face a more feminine appearance.

Celebrity Park Ave Podiatrist, Dr. Suzanne Levine, is speaking candidly on Caitlyn Jenner’s debut feature spread and addresses an extra special, feminine detail as Caitlyn takes her first steps as a woman into the world. After undergoing transformation surgery procedures and a process of gender altering treatments, the Vanity Fair cover marked her grand introduction and a stylish savvy reveal. Although the cover shot does not display her affection for glamorous stilettos, the inside look gives us an authentic backstage pass into Caitlyn’s passion for fashion- especially sky-high heels! However, Dr. Suzanne Levine asserts the feet have yet to be fully feminized and accredits the dainty appearance to superior airbrushing. 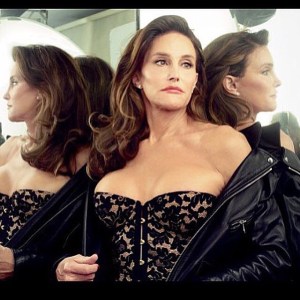 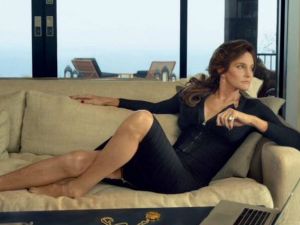 The finalizing touches Bruce had done before he revealed Caitlyn to the world included a 10 hour, Facial Feminization Surgery, as well as a breast augmentation. The facial feminization surgery turns all male features into softer female features. It changes the hairline, forehead, jaw and chin structure. The brow lift raised the arches of his eyebrows, along with a brow shave that minimized the bone under the arches of his eyebrows. The scalp advancement counteracted any hair loss Bruce may had been experiencing as a man in his 60’s and provided him with a “U shape” hairline as seen on women. Bruce’s jawline has been shaved down and cheek implants were used to provide a 3-dimensional fullness to the face.

We must say that Caitlyn looks a lot better and younger than the Bruce we have all known and seen on our television screens.

So cheers to Caitlyn and her expert surgeons!

Clinical psychologist, Dr. Bart Rossi examines if the inner turmoil, which developed in the early stages of life, where used as coping skills driving Bruce as a force to be reckoned with. “In this moment, we should be reflecting on how much more we nee to grow in order to understand our own psyche. Freud said almost 100 years ago in his volume Civilization and its Discontents, a man knows very little about his mind and personality make-up. Does Caitlyn indicate an aspect of fear we have from only having limited knowledge and understanding of ourselves? Is that why some people embrace and other resent others?”

It will forever make headlines when a holier than thou, granola munching, celebrity health & lifestyle guru comes under attack for what else- being exposed to the natural Hollywood evolution that is plastic surgery/cosmetic enhancement!

Why you ask? Because audiences love throwing famous people under the bus when it comes to going under the knife- especially if there is some brilliant element of entitlement and hypocrisy that seems to go hand in hand with the Goop media sensation. Gwyneth Paltrow has committed some heinous, public faux pas over the years, many in the course of recent months…food stamps anyone? (Cough, cough!) Even despite her guilty tongue, she has never been considered anything but a natural beauty. In fact, no one would ever peg her as someone who would seek surgical guidance, unless it was to remove her foot from her mouth.

Although back in 2013, in an interview exclusive with the accredited Harper’s Bazaar, actress Paltrow admitted to getting some Botox done.

“I’ve probably tried everything,” she told the mag. “I would be scared to go under the knife, but you know, talk to me when I’m 50. I’ll try anything. Except I won’t do Botox again, because I looked crazy. I looked like Joan Rivers!” – Paltrow

Gwyneth Paltrow is the latest movie star to spin her past as a cautionary tale, warning all of us that Botox is not all it’s cracked up to be. She then addressed her fears and apprehension for surgical treatments, but didn’t fail to mention that her feelings may change as she ages. Well, I guess she aged.

Since Gwyneth was so vocal regarding the results, claiming she would never do it again, it’s only fair she be mass scrutinized by the population. Okay, okay, so that is a bit harsh America.

Instead, now the leading experts are being called upon to analyze recent red carpet photos which may express and/or confirm the star’s brand new attitude and youthful looking face!

Interestingly, Gwyneth’s own mother, Blythe Danner, admitted to using Botox with no regrets. “Well, I think we’ve all fooled around with [Botox],” she said in 2010. “I won’t go into detail, but we all need a little help from our friends!” While many celebs are breaking their silence and fessing up to their extracurricular, surgical advancements and exploits, Gwyneth is oddly enough staying mum. Perhaps, she doesn’t feel it is necessary to speak given her previous statements (that I’m sure she knew the entertainment reporters would dig up… I mean, after all it is 2015, it’s pretty darn easy), or perhaps this is simply the outcome of eating clean, a rigorous workout regime, and healthy living?

Whatever the methods – or none at all – Gwyneth is looking more fantastic than ever! Maybe it’s best she stays quiet for a while… at least for her publicist’s sake.